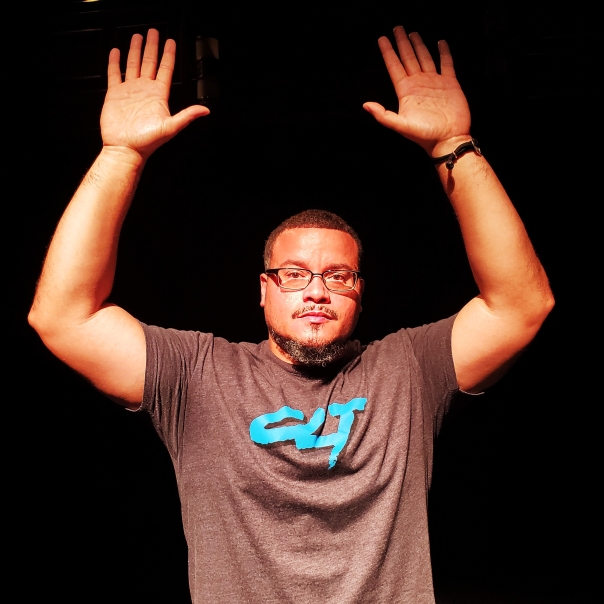 The stats and the realities have been out there for years – before a racist took up residence in the White House. Racial profiling by people with badges, guns, and gavels had already been documented with actuarial precision. The disproportionate number of black men stopped and ticketed for broken tail lights, frisked at checkpoints, picked up on ticky-tack drug violations, incarcerated for maximum sentences on trumped -up evidence, and gunned down or choked to death by police without cause or provocation? All of it had been calculated over and over.

When Ferguson happened in 2014, triggering an oft-repeated American awakening, Michael Brown lay in the streets for hours after he was murdered. Police brutality seemed to be hidden in the shadows under the cover of darkness during those primordial days. Our iPhones and mandated police bodycams have opened our eyes since then. Now in 2020, after the brutal suffocation of George Floyd in broad daylight, the essence of the Black Lives Matter grievance is no longer the abstract result of a statistical calculation. It is vivid and visceral for millions of us here and around the globe.

And maybe, just maybe, the worldwide unrest has made a dent in policemen’s brazenness, in police chiefs’ and unions’ defiance, in mayors’ aloofness, and in legislators’ indifference. Normally, black and guerilla theatre companies might be expected to help sustain momentum for change, but in a time of pandemic, norms themselves have changed. So it’s welcome that Three Bone Theatre has returned to the Charlotte scene at this moment focusing on an issue that seems lately to be waning among our priorities – distantly behind ejecting a noxious clown from the Oval Office.

Following up on commissioning a set of 10-minute plays sparked by the murder of Trayvon Martin the previous year, the New Black Fest commissioned Hands Up: Six Playwrights, Six Testaments. An early reading stage version preserved on YouTube was recorded in November 2014, just three months after the Michael Brown shooting. That six-pack retained its original formulation when the piece was formally premiered in Philadelphia on June 10, 2015, in a Flashpoint Theatre Company production directed by Joanna Settle.

One might infer that Settle influenced the subsequent trajectory of the piece, for its subtitle is now 7 Playwrights, 7 Testaments, and smack in the middle of the previously all-male lineup of playwrights and protagonists, we now have “Dead of Night… The Execution Of…” by Nambi E. Kelley, in a stunning performance by LeShea Nicole that any production, past or future, would benefit from.

Mainly, the black men keep asking how they need to act to shield themselves from racial profiling, police paranoia, and the hail of bullets fired at them without impunity. “Hands up, don’t shoot,” the slogan that quickly cropped up during the Ferguson protests of 2014, has sadly retained its currency alongside “I can’t breathe” and “Get your knee off our necks.” That slogan gets a riveting workout in the concluding playlet, “How I Feel” by Dennis A. Allen II. The fact that Sultan Omar El-Amin didn’t have an audience in the house to interact with at Duke Energy Theater hardly detracted from the power of the grim communal ritual he led.

Added to the intrinsic power of the 7 Testaments, the current Three Bone production forcefully reminds us that nothing has changed since Hands Up had its first reading six years ago. Quentin Talley’s stage direction helps us grasp all that is still true about the difficulties blacks face in navigating everyday life in America – and all that was prescient in these seven scripts about what would be so graphically demonstrated on TV and social media. As a society we aren’t merely discovering the systemic racism thriving in our midst the systemic racism thriving in our midst. We’re taking our blinders off.

Talley’s audio setup at Spirit Square frequently let him and the other performers down as this compelling livestream unfolded. The dropouts pretty much ruined Mason Parker’s rendering of “They Shootin! Or I Ain’t Neva Scared…” by Idris Goodwin and intermittently – but annoyingly – cut the argumentative thread of “Abortion” by NSangou Njikam as Gerard Hazelton engagingly prowled the stage. “Walking Next to Michael Brown” by Eric Micha Holmes fared slightly better, dramatically delivered by Laurence Maher.

My hypothesis was that microphone placement was nearly as much responsible for the dropouts as the wayward streaming signal. Talley had these guys moving around more in his blocking than Nicole, whose audio was comparatively solid. When Talley himself opened the show, performing “Superiority Fantasy” by Nathan James, his voice tended to fade when he distanced himself from centerstage. That’s probably why the full force of James’s distinction between whites and Caucasians didn’t quite register as it should. It was a distinction that, for millions of people of good will, would have come in handy decades ago.

Members of the audience who have waited in vain for spokespersons from Antifa or the Deep State to share their views could hear more pointed and realistic testimonies about how it feels to wake up every morning and walk America’s streets in a black skin. Talley’s character described it as constantly walking on eggshells even when he wore his carefully crafted non-threatening smile. Jay Ward, performing Nathan Yungerburg’s “Holes in My Identity,” recalls the cringeworthy moment in grade school when a classmate mispronounced the River Niger and all the other white students turned towards him.

Perhaps the most poignant evocation was in El-Amin’s testimony when he overheard his mother remembering how, when she was pregnant, she had wished that her child would not be a boy. We’ve seen enough tearful moms on the evening news to know why. El-Amin went on to describe how radically blacks and whites would need to change before Mom could discard those fears. Even then, he wasn’t betting that systemic racism would be on the ropes.

So he finally lowered his hands and simply vented: “Fuck you! And fuck this shit!”

The concluding Allen ceremony and rant justifiably gave the New Black Fest collection its title, surely the most stirring piece in this Three Bone production. But the Yungerburg monologue struck me as the most nuanced and sneakily persuasive. The main “hole” in this speaker’s identity as a black person was that he had reached the age of 43 without ever having been stopped, frisked, interrogated, or beaten for no reason. It’s not an initiation you seek out, of course, but it’s a condition that drives Ward’s character to a therapist.

Eventually, he pierces to the core of why the hurts fester in the hearts of police victims, no matter how trivial – or even paranoid – the victimization might be. “Dismissal steps quietly,” he says, because we’re not always aware that we’re doing it while the victim feels it keenly. At a certain point, Ward’s uncannily untouched character, during a walk in the park with a black partner, discovers that he himself has dismissed his friend’s fears as a silly phobia.

And he takes the opportunity, then and there, to apologize. It’s at that pivotal moment that Yungerburg and Allen are empathizing with us, grasping that we often don’t know how to cope with an unbridgeable divide – and showing us the way.

“That’s where the healing begins.”