Financially, artistically, and administratively, the North Carolina Symphony has had a turbulent history. At the end of their newly-published North Carolina Symphony: A History, authors Joe A. Mobley and John Lambert report that the organization’s debt had decreased from $2.1 million to $210,000 over the seven-year period ending in 2018. Founded in 1932 – and the first state-supported symphony in the US – the organization couldn’t point to a truly smooth, rancor-free transition between artistic directors until their fourth, Gerhardt Zimmermann, gracefully retired at the end of the 2001-2002 season.

Musicians, artistic directors, donors, fundraisers, and executive directors were the usual suspects in shaping this orchestra, which was striving to take root during the Great Depression. Within the donor and musician constituencies, fissures could develop, further complicating the infighting when it arose. Adding to the unique stresses and challenges facing the NC Symphony were its status as a state-supported orchestra and its mission of serving audiences – and schoolchildren – across a state that stretches westward 600 miles from the Atlantic Ocean. 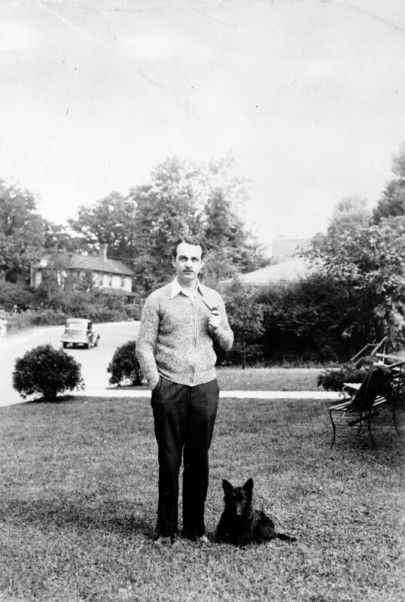 To finally earn the state’s official patronage in 1943 and keep legislators satisfied that they weren’t funding “horn tootin’” frivolities, artistic director Benjamin Swalin and wife Maxine Swalin (the unofficial executive director during NCS’s post-Depression revival) needed to establish a formidable statewide educational component for school-aged kids. Meanwhile, fundraisers and concert promoters who were the lifeblood of the Symphony Society, in local chapters spread across the state, needed to see and hear the orchestra in live performance to make their efforts and contributions worthwhile.

Fulfilling these expansive missions fell most heavily on the shoulders of the musicians, 70 of whom were recruited by founding director Lamar Stringfield, drawing from talent at UNC Chapel Hill and around the state to perform in the first cluster of concerts in 1932. Stringfield was truly a missionary of missionaries, for the original orchestra members served voluntarily. The peripatetic corps, two Little Symphony orchestras in addition to the mother ship, were labelled by a bemused New York Times correspondent in 1951 as the “Suitcase Symphony,” riding around North Carolina and neighboring states in red-and-yellow buses, stopping at less-than-luxurious lodgings.

The Swalins and their successor, John Gosling, were gone from the scene in 1983 when NCS finally established their permanent headquarters and rehearsal space in Raleigh. Mobley and Lambert exhaustively chronicle all the headquarter switches of the early years, which saw the orchestra based temporarily in Chapel Hill, Asheville, Durham, Winston-Salem, and even Charlotte. More fascinating, the authors also describe ongoing tribulations of the orchestra during the Depression Era when the WPA, established as part of FDR’s New Deal reforms, guided their trajectory while offering lifesaving support.

A similar episode began in 1966 when the Ford Foundation analyzed the orchestra’s shortcomings. Citing an overly concentrated and insufficiently rehearsed four-month season, as well as underpaid musicians, substandard working conditions, ill-defined racial policies, and the need for a permanent headquarters, Ford’s board pointedly cautioned against the impulse of becoming a “traveling show.” At the other end of that stick was a juicy carrot: a matching grant of $1 million awarded to the NCS Society if they could meet the Ford challenge and raise $750,000 over the next five years.

For the Society, this was far more consideration than they had received from the WPA, when disgruntled members felt deprived of their voice and turned their backs on the orchestra, resulting in a temporary shutdown at the end of 1940. When Gosling was dumped in 1980, he penned an amicable resignation letter, veiling his ire until after his final concert, when he refused to come forth and accept a Governor’s Award and a floral bouquet from a past Society president representing the Capitol. Awkward. Then the following year, it was the musicians who were disaffected, not because they were loyal to their deposed conductor, but because, flouting their contractual agreement, the board of trustees had gone ahead and named a new artistic director without consulting them.

Mobley and Lambert wisely prepare us for the hard times of the NC Symphony and their slow progress – toward state recognition, salaried musicians, an executive director, a permanent headquarters, and finally in 2001, a new Meymandi concert hall of their own – with an illuminating opening chapter on the development of classical music in the South. Taking their cue from H.L. Mencken’s scornful 1917 description of the post-Civil War cultural scene as “The Sahara of the Bozart” in titling this chapter, the authors push back only slightly in their brief history of classical music and the rise of orchestras in the South.

They acknowledge that, indeed, there was no resident professional orchestra in the region until well after 1900. Furthermore, North Carolina had been far overshadowed as a cultural center inside the Confederacy by Richmond and Charleston in neighboring states to the north and south. Like many other cities in the Reconstruction South, Raleigh took pride in distinguished guest artists who graced their halls. Yet the venues were far from ideal: at an 1890 concert in Metropolitan Hall, a Raleigh reporter bemoaned how “gabbling geese” cooped up in a market below had likely marred the sounds of the visiting Boston Orchestra.

We get a vivid picture of how arid the soil truly was for planting a symphony in North Carolina when Stringfield originally floated his idea at UNC in 1930 – and was regarded as “loony” by a local editor. Many juicy details are lavished upon the orchestra’s epic wanderings and travails as this history unfolds. What the authors miss is the story of how the North Carolina Symphony evolved into the unit we can now hear and judge on their recent recordings with Yevgeny Sudbin, Zuill Bailey, and Branford Marsalis. We get little sense of how slowly or rapidly the orchestra grew under each of their artistic directors, which sections of the ensemble blossomed early or late, and which composers and guest artists made them shine.

While learning in great abundance what the Symphony has played over an 86-year span – and with whom they performed – we get too few discriminating assessments of how well or distinctively they delivered. The question of whether there is or ever was a North Carolina sound is never explored. Without a critical musical ear presiding over the orchestra’s development, the authors gloss over what should emerge as the most dramatic artistic episode in their history, when nine conductors from three continents converged on Raleigh over the course of two seasons in 2003-04, vying for the directorship vacated by Zimmermann.

Barely one full page is devoted to the whole showdown, just enough space to introduce the contestants. What specific works Peter Oundjian, Roberto Minczuk, Andrea Quinn, Jeffrey Kahane, Michael Christie, Giancarlo Guerrero and others performed at Meymandi Hall is never spelled out, let alone what these artists brought to the music. In hindsight, we know that Grant Llewellyn, hailing from Wales and representing Boston’s Handel and Haydn Society, took the prize. But there must have been sustained excitement and suspense until he did. Musicians, subscribers, and critics surely followed the fray, but the authors haven’t excavated their recollections. 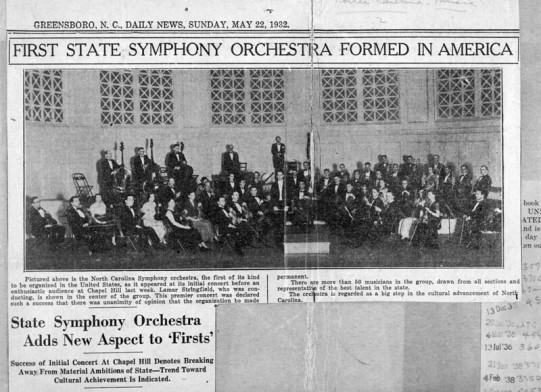 Despite the fact that an African American has never served as a full-time instrumentalist at NCS, Mobley and Lambert are admirably vigilant in logging the contributions that African Americans and women have made throughout the orchestra’s history. They seem to delight in noting what women and African Americans have done behind the scenes as fundraisers and administrators. Onstage as guest artists or on staff as associate conductors, if you were a woman or an African American in either of these roles, the authors will almost invariably review your accomplishments before you performed with the North Carolina Symphony and frequently note where your career took you afterwards.

William Henry Curry deservedly draws the most robust and appreciative treatment among the African Americans in this history, becoming the popular artistic director of Summerfest in Cary (an outgrowth of Pops in the Park concerts in the early ‘80s on Labor Day) after joining NCS as an associate director in 1996. Curry has been music director at the Durham Symphony since 2009 and retired from NCS in 2016. Even in the penultimate pages of their chronicle, the authors shine a spotlight on Thomas Wilkins, who led the orchestra for one night on New Year’s Eve 2017, and three women who have served as assistant or associate directors – Carolyn Kuan, Joan Landry, and Sarah Hicks.

Cumulatively, this emphasis by the authors becomes a subtle form of advocacy. Although Llewellyn’s distinguished tenure is coming to an end this year, Mobley and Lambert are finding that the North Carolina Symphony is still unfinished.