The cramped look of the Charlotte Symphony onstage at the Belk Theater clearly confirmed to me that the music we were about to hear would be similarly dense and weighty, particularly when the Charlotte Symphony Chorus arrived to fill the many empty chairs at the rear of the stage. Before those mighty liturgical choral salvos from Bruckner, we had a couple of suitable preambles gleaned from operatic scores.

Placement of the orchestra at the Belk has a noticeable impact on how they sound. Rising out of the pit, the sound of the Symphony was satisfactory enough last month when they played Rossini’s score for the Opera Carolina production of The Barber of Seville. Yet if you had seen them spread out onstage the previous weekend for performances of Beethoven’s Symphony No. 2 and Liszt’s Piano Concerto No. 1, the ensemble now sounded comparatively muzzled. A similar constriction – but not nearly so pronounced – was evident last night when music director Christopher Warren-Green launched the Symphony into Wagner’s “Overture to Tannhäuser.” With Bruckner’s Psalm 150 and his Te Deum yet to come, the Wagner overture really would seem like a prelude by evening’s end.

In between the densities of Wagner and Bruckner, maestro Warren-Green made an excellent programming choice in inserting the “First Waltz Sequence from Der Rosenkavalier” by Richard Strauss. The flatulent French horns and trombones at the beginning of the piece, followed by a tumult of the violins reminiscent of Strauss’s Till Eulenspiegel, formed a witty bridge back to the Wagner overture. A welcome oasis of comparative quietude featured some fine work principal clarinetist Eugene Kavadlo and a lilting solo from concertmaster Calin Lupanu as we leisurely traveled to the grand dancehall of Strauss’s big waltz. Warren-Green adroitly varied tempos as the familiar waltz slowly, gorgeously developed from a tentative bud to a giddy frolic before bursting forth in its full orchestral bloom.

Easily the shortest piece on the program, the full éclat of the Psalm 150 manifests itself almost immediately with the hallelujahs of the chorus, a battering of timpani, and flourishes of the trumpets. Lupanu exceled on a tender interlude as we transitioned from the thunder of the chorus to the sweetness of the soprano soloist, Georgia Jarman. The contrast between the chorus and the single female voice had the impact of a descent from the heavenly host of angels praising the Lord’s mighty firmament to the simple awe of a solitary human extoling his mighty deeds. Somehow the juxtaposition of that sweet episode with the finale, where all living things give praise to their creator, was even more awesome, introduced by a second volley of hallelujahs and whipping up from there to a divine frenzy. All creation seemed joined in a jubilant tribute.

After hearing the glorious conclusion of the Psalm 150, it was hard to grasp that an even grander work was yet to come, but the return of Jarman for the Te Deum with three other vocalists – including mezzo Jennifer Johnson Cano, tenor Paul Appleby, and bass baritone Davóne Tines – certainly fueled our anticipation. Like Psalm 150, the Te Deum shoots its volleys of chorus and brass from the start, but the onslaught isn’t as prolonged. Duos between Appleby and Jarman proved to be the most memorable moments of the opening Allegro moderato section, as Appleby distinguished himself with the purest, most penetrating voice. Cano participated in some trio episodes before the mighty return of the chorus, but she really wasn’t a legitimate rival for either Jarman or Appleby. 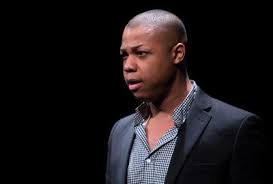 On the other hand, I was mostly impressed when Tines made his contributions later on. Though he didn’t project the lowest notes as fully and confidently as I would have hoped, Tines’s warm solo in the penultimate “Salvum fac” section of the prayer remained a thing of beauty. In the fifth and final “In te, Domine speravi” section, the interplay of the solo voices was effectively mirrored – and magnified – by the interplay of the men’s and women’s sections of the chorus. Under the leadership of Kenney Potter, Symphony Chorus delivered some of their most thrilling moments as we hurtled toward Bruckner’s concluding supplications. Backed by the full orchestra, most notably the trumpets, the liturgical piece remained piously devotional. Yet it became electric with affirmation and thunderous with finality.