Poor Gilda. In Giuseppe Verdi’s masterful Rigoletto, the teenager is so jealously guarded by her overprotective father that, except for churchgoing, she is totally isolated from the outside world. The evil Duke of Mantua, who poaches on other men’s wives, has noticed Gilda at Mass, finds out where she lives, and poses as an impoverished student to seduce her. Seeking to satisfy their ruler’s lusts and avenge themselves on Rigoletto, a hunchbacked jester in the Duke’s court, courtiers hoodwink Rigoletto and kidnap Gilda, the widowed hunchback’s precious daughter.

All these degradations merely take us through Act 1! After a night of lovemaking, the Duke tosses Gilda aside as if she were a common slut, spurring Rigoletto to murderous revenge. So what does Gilda do to thwart her father? When Rigoletto’s hired assassin comes calling, Gilda manages to take the Duke’s place as the murder victim.

While the Duke is bedding his third different woman in this opera, famously singing that women are fickle, Rigoletto is discovering that the ever-steadfast Gilda has thrown away her life for his boss.

Verdi borrowed his toxic misogynistic plot from Victor Hugo, knowing a hit when he saw one. Back in 1851, the only major change his librettist, Francesco Maria Piave, had to make to satisfy the censors was to change Hugo’s king to a duke.

Flash forward to this coming Sunday, when Opera Carolina presents Rigoletto for the seventh time since 1959. Is it still possible to shamelessly present this unsettling melodrama – this cavalcade of abuse, rape, and teen suicide – in the age of Harvey Weinstein, presidential pussy grabbing, and #MeToo?

Well, sorta. But times have changed, even within the lifetime of this oncoming Op Carolina production, which was conceived in 2011 as an Atlanta-Boston-Omaha co-production and premiered in Boston under the direction of Tomer Zvulun in 2014. Like mighty ocean liners, it takes awhile to turn a grand opera production around. 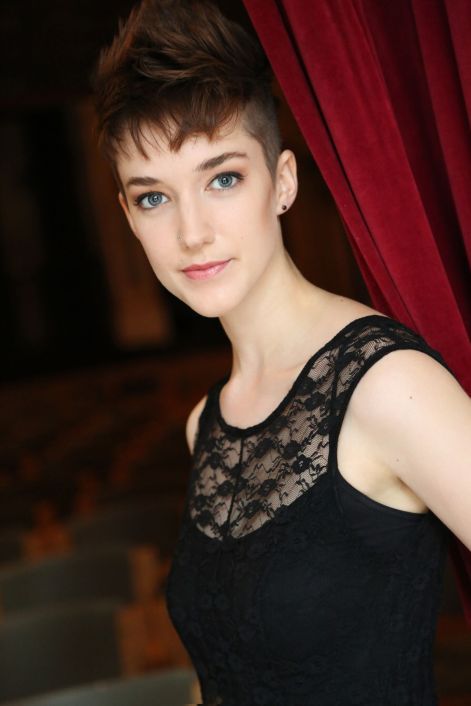 Yet it’s still significant that, for the Opera Carolina version, Jordan Lee Braun has taken over as stage director while Sara Jobin has been named to conduct – the first such female tandem in company history.

Neither of these women seemed to be particularly comfortable dwelling on this historic landmark, perhaps because neither was comfortable with Rigoletto and Gilda.

Jobin, whose experience of Rigoletto was compounded recently when she conducted a performance in Toledo on the day Dr. Larry Nassar was sentenced to up to 175 years in prison for sexual abuse, doesn’t hold back.

“What went through my head as I watched the performances in Toledo,” she says, “including what is my life for, why am I here, what are we doing, a phrase came to me: ‘hospicing patriarchy.’ I am so sick of seeing women being abused, raped, and killed onstage. And yes, that is the tragic story of the last 5200 years. Traditional opera plots –and movies, sci-fi thrillers and everything else – are full of it.”

Jobin and Braun agree that the antidote to the cesspool of misogynistic old opera plots should lie in new contemporary operas that portray strong women who fight back and win. Braun, however, sees value in presenting the oldies unvarnished, despite their horrors. 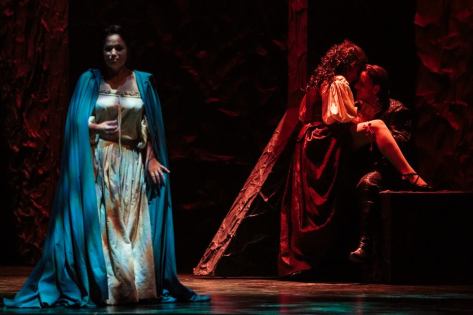 “What is striking about Rigoletto is how much of the story is still relevant, uncomfortable as it is,” Braun says. “On the topic of [Rigoletto’s] own sexism, that too is pervasive today. How many politicians, Hollywood A-listers, and others have made us think ‘how can you have a daughter and still be so degrading to women?’ As artists, we have the opportunity to spark important discussions, causing audiences to ask questions of themselves and others. Opera is designed to bash you over the head with the emotion, drama, gorgeous visuals, and fantastic music. This production of Rigoletto certainly does that, and I believe that has value – today as much as ever.”

After a fine Charlotte debut this past fall as Roxane in David DiChiera’s Cyrano, soprano Magali Simard-Galdés will sing Gilda, making the transition from a woman who is serially worshipped to a woman who is serially degraded. She’s also fully on-board with presenting Gilda exactly as she has always been, even when she tosses her life away in the final act for the reprehensible Duke.

“If Act 3 doesn’t make you gnash your teeth,” she states, “I think I will have failed at my job.”

Braun cites Lori Laitman’s The Scarlet Letter and Hilary Blecher’s Frida as contemporary operas with “girl power,” and she points to As One, a chamber opera by Laura Kaminsky with a transgender woman protagonist, that was the 14th most produced opera in the US and Canada in the 2016-2017 season. Early in the evolution of Opera Carolina’s Rigoletto, the decision was made to eliminate the courtesans from the opening scene at the Duke’s palace. Enough with the mistreatment of women!

But not much else has been done to dilute the original, even in the age of The Donald and #MeToo.

“Having said that,” Braun remarks, “I’ve definitely noticed that the behavior of both men and women in rehearsal rooms has changed since the #MeToo movement – we are more specific in our intention of looking after one another, regardless of gender. Perhaps having a woman at the helm does make the cast and crew think and talk about the piece in a different way than they might otherwise, and that’s a good thing. We talk about making sure everyone is comfortable with the physical action, which any director will do, but maybe it is different somehow with a female-led team?”

The problems of dealing with the Carmens, the Butterflys, and the Gildas in classic operas will linger well into the future, but there are contemporary directors who take a less passive approach to Piave’s libretto. At about the same time that Opera Carolina’s production was still in concept stage, the Metropolitan Opera in New York transported Rigoletto from 19th century Mantua to 21st century Las Vegas, changing the predatory Duke into a superstar nightclub singer with ties to the mob.

That actually made Gilda’s inextinguishable adulation for her promiscuous seducer more understandable. Returning to Verdi’s original idea – remember Hugo’s play was titled Le Roi s’amuse – might also help, for killing a king is a far more cosmic crime than merely offing a duke.

A new version that opened last month in London evidently restored all the buxom courtesans to the Duke’s court – and doubled down on the blood. It all had one London critic shaking his head and wondering how an opera dad can take his 14-year-old daughter to such a hedonistic, misogynistic bloodbath.

We posed a similar question to Braun, Simard-Galdés, and Jobin. What does an opera mom say to her daughter about Rigoletto and Gilda? Jobin probably had the most erudite answer:

“If I were a mom and my daughter was watching the opera with me, I would say, ‘Honey, this is a really old fashioned opera plot and illustrates the Italian word rapir which means to steal. They steal the woman, and the word rape actually originally meant to steal someone else’s property. We don’t think that way anymore . . . but some people still do. I hope that you will write an opera where the girl fights back because she has a black belt in judo, and puts everybody in the hospital, and then goes on to become President or whatever it is she wants to do, because it’s about time.’”