Preview of The Luckiest People 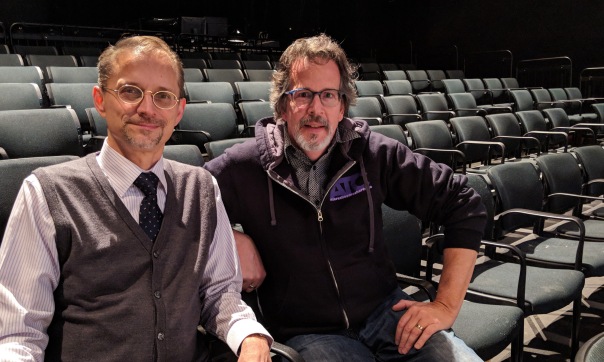 Trashy musicals, irreverent spoofs, and trendy new works by black and feminist playwrights aren’t the only things Actor’s Theatre of Charlotte has done well over the past 29 years. Around the country, when their artistic and administrative staff attend national conferences with their colleagues, they find that a big part of the company’s reputation rests on their commitment to nurturing new plays.

After two years of instability and uncertainty – and two full seasons without reviving their NuVoices Festival – Actor’s Theatre is getting back to that. This week, they’re opening Meridith Friedman’s The Luckiest People, part of a rolling world premiere that began in Denver. In May, the company will be part of another rolling world premiere, presenting David Valdes Greenwood’s The Mermaid Hour.

Both of these new plays were previously presented in reading stage productions at NuVoices 4 in January 2016, with all of the actors performing script-in-hand. No scenery, no costumes, and limited rehearsal.

NuVoices 4 was one of the last events at 615 E. Stonewall Street, ATC’s last permanent home before developers’ wrecking balls demolished the site. After a misadventure in the Belmont neighborhood near Plaza-Midwood, the company was supposed to reopen at 2219 Freedom Drive late in October 2016.

Instead, they had to move Toxic Avenger a block away to the City Center Church, of all places, the first of four unforeseen sites where ATC’s 2016-17 season was staged. Until last fall, when Actor’s Theatre launched their current season with American Idiot, subscribers never knew where the next production would crop up.

That’s when ATC announced that Freedom Drive was still on hold and that their next two productions would remain at Hadley Theatre on the Queens University campus. But after that?

Now we know. Luckiest People, Mermaid Hour, and The Mountaintop will all be at the Hadley. More importantly, ATC artistic director Chip Decker and John Sisko, dean of Queens U’s College of Arts & Sciences, have just inked a deal that will keep ATC on campus as the U’s resident theatre company for the next five years.

From necessity to desperation to near-relief, it’s been quite a rollercoaster for Decker, his board members, and ATC’s loyal fans. “We’re off life support but still in ER,” Decker quips. “In a better hospital.”

Sisko arrived at Queens in the summer of 2016, when all seemed to be going smoothly with ATC’s relocation. After the abortive opening in October and a subsequent revival of The Great American Trailer Park Christmas Musical at the McBride-Bonnefoux Dance Center – a horrid acoustic mismatch for a live musical – Sisko wasn’t hearing any signs of life, so he reached out.

Down at Freedom Drive, one hurdle was following another. Parking had to be upgraded to satisfy the City, architects’ drawings kept getting sent back for tiny inaccuracies. Think about this one the next time you walk through the metal canyons of a parking lot to find your car: Decker and his company had to shell out thousands of dollars to get an engineer to certify that the concrete slab – one that had held up a mechanic’s shop and the building itself for 50 years – could support an audience.

“We were slowly bleeding money to death.”

After Bootycandy ran at Mint Museum, Stupid Fucking Bird was staged at the Hadley last spring, a clear signal that Sisko and Queens U brass were unfazed by ATC’s edgy fare. Decker quickly recognized that this would be the finest venue his company had ever performed in. By far. 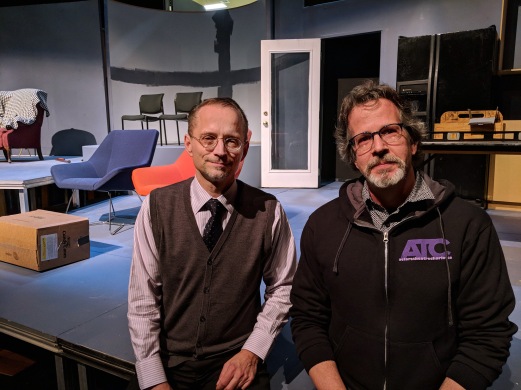 The lightbulb came on, and Decker invited Sisko out to grab some coffee and chat about the future.

“It took me a long time to quit beating my head against the wall to make Freedom Drive happen,” Decker recalls. “Having the passion for something and wanting it so bad, I kind of started being blind to the writing on the wall. We were at the point, Perry, and I shared this with John, and I said, ‘We’re do or die. We’re either going to close, or something different is going to work.’”

When Sisko saw how well Stupid Bird went, concern about ATC’s struggle gave way to recognizing the opportunities that bringing the company on board could open. ATC could offer technical support for Theatre Department productions during the academic year, they could offer internships to graduating students, they could oversee a summer theatre festival with performances on the quad under the stars, and they could teach courses about theatre production and administration.

“ATC is the backbone of the Queens theatre program, and it’s a mutually beneficial relationship,” Sisko says. “We have parents who are a little worried about their children being an arts major. But when they’re an arts major and they have 30 credits on the business side of the arts as well, then they are in better position when they face post-graduation.”

Talks are already under way on prospects of reviving the NuVoices Festival as early as this summer, and Decker is already salivating at the prospects. At previous festivals, the four playwrights, four directors, and their casts had to rehearse and perform on a single space at Stonewall. On the Queens campus, there will be multitudes of classrooms at ATC’s disposal, playwrights will be able to interact and talk shop, or simply do rewrites – on the quad, in some greenspace, or in a classroom instead of a hotel.

“They can all come together and talk about the process of playwriting, what it takes to get it produced,” says Decker. “Queens can bring in their MFA creative writing students for master classes with the playwrights on how do you get seen, how do you get published, how do you get your word out there, what it literally takes to become a professional writer on the scene.” 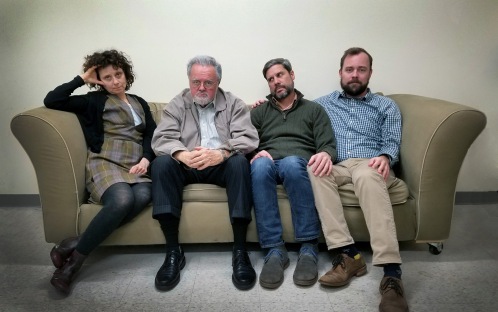 With the opening of The Luckiest People this week, ignition for whole process gets revved up again, because NuVoices is one of very few festivals across the country that promises a full production for every winning entry.

Dennis Delamar, a longtime actor and director at ATC, is doubly excited: he’s reprising the central role of Oscar Hoffman two years closer to the irascible old SOB’s actual age, and he’s performing for the first time at the Hadley knowing that the company has their feet back under them.

Under cross-examination, Delamar can catalog why Oscar is so difficult as he seeks to impose himself on his son’s household – just when he and his male partner are adopting a son. There’s the culture shock of moving from Great Neck, NY, to California; the many physical torments of Paget’s disease; the recent death of his devoted wife; and the pure cussedness of a Jewish trial lawyer who revels in disputation. Even his sharp sense of humor is thorny. 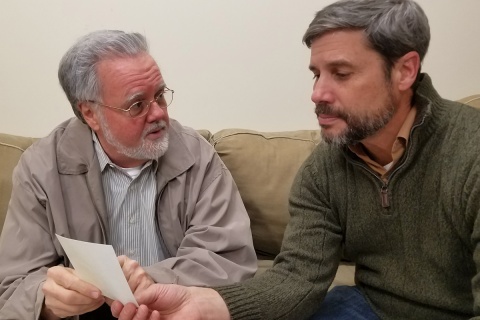 NuVoices gives this role an extra charge. “Being on the ground floor of a new piece of theatre is pretty thrilling,” says Delamar, “a professional collaboration that offers one an opportunity to offer one’s own unique interpretation while the playwright is still in the ‘making it better’ stages.”

Participating in NuVoices gave Delamar the opportunity to meet the playwright and learn first-hand how she drew his character from her own Great Neck grandfather. Thanks to Facebook, Delamar stayed in touch, conferring with Friedman when she made further revisions. 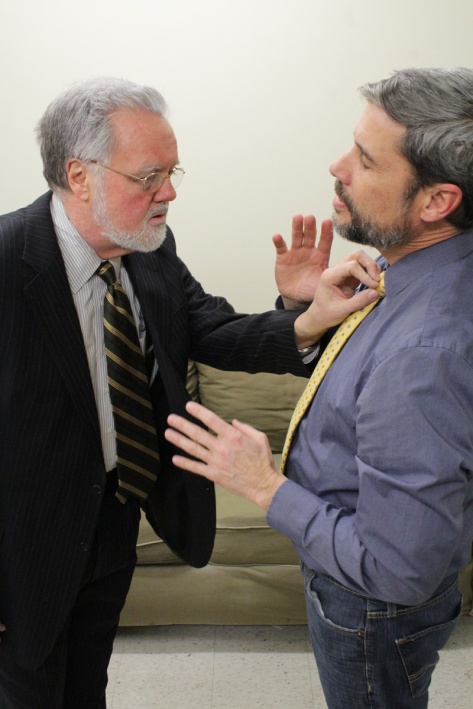 “I felt quite comfortable to write to her about a significant moment for Oscar I noticed had been changed,” he confides. “Taking time to explain to me the history and logic of the change, Meridith reminded me how much I appreciate working with this gifted and open minded writer. She listens. She is wise. I agreed with the change and loved that we could confer so openly about it.”

Yes, the thrill is back at ATC – with new plays and new hope.

“All the signs from this last year together suggest that it’s going to work out extremely well,” says Sisko.